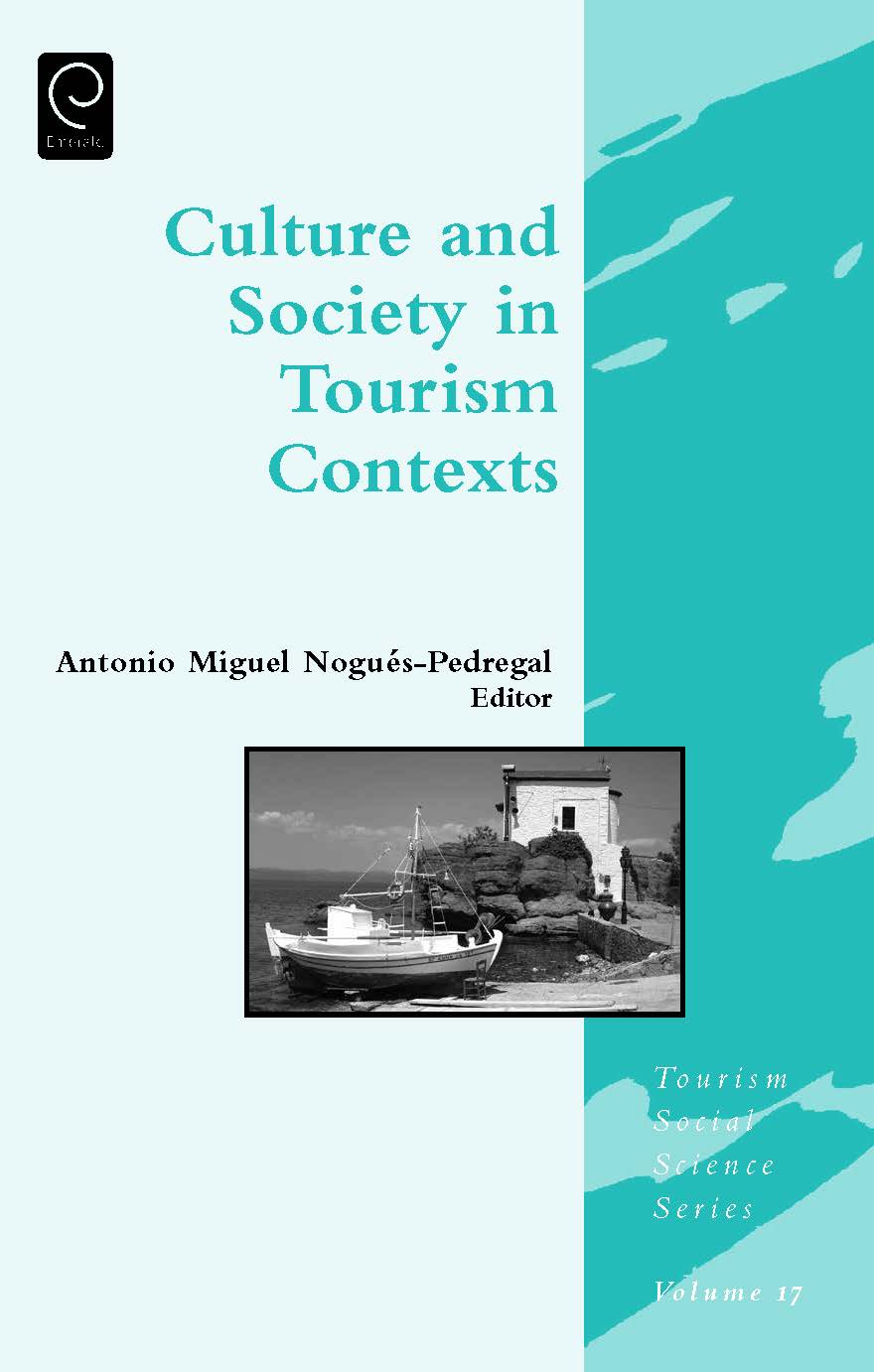 Culture and society in tourism contexts

The Head of Culturdes, Dr. Antonio Miguel Nogués Pedregal, has edited the volume Culture and society in tourism contexts in the Tourism Social Science Series (vol. 17) edited by Jafar Jafari and published by Emerald.

This book strives to understand the social and cultural dynamics in Mediterranean tourism destinations through ethnographic examples and case studies from places including Greece, Spain, Morocco, Croatia, Lebanon, France, and Crete. Exploring themes such as globalization, cosmopolitanism, leisure mobilities, power, and late capitalism, this volume analyzes the blurring edges of tourism and migration, the role the former plays in the dialogical construction of cultural identities, or how the interconnection between each of the diverse residing sociocultural groups influences the relation with other groups. The work of several social scientists, from different interdisciplinary backgrounds, over numerous years is documented using multiple research techniques to observe cultures and societies as they occur in daily practices. This analysis discovers how tourism characterizes the daily lives of social groups living in tourists’ destinations and how it offers a distinctive sense of collective memories, thus unfolding cultures and societies in tourism contexts.

Preface : “This PDF is © Emerald Group Publishing Limited and is provided for your own personal use only. It may not be used for resale, reprinting, systematic distribution, emailing, web hosting, including institutional repositories/archives or for any other commercial purpose without the permission of the publisher”
Introduction, by A.-M. Nogués-Pedregal
1. Instrumental Cosmopolitanism: The ‘‘Valorization’’ of Heritage and Sociality in Mediterranean Cities, by Julie Scott
2. Touring the Frontier: Reinventing the Eastern Adriatic for Tourism, by Emilio Cocco
3. When the Desirable and the Feasible Converge Through Tourism Space, by A.-M. Nogués-Pedregal
4. Negotiating Marrakech: Postcolonial Travels in Morocco, by Lauren Wagner and Claudio Minca
5. Building Tourism in Costa Blanca: Second Homes, Second Chances?, by Antonio Aledo, Jens Kr. Steen Jacobsen and Leif Selstad
6. Across Social Categories and Boundaries: Transnational Mobilities and Interculturality, by Regina Römhild
7. Borders of (In)visibility in the Greek Aegean, by Heath Cabot and Ramona Lenz
Conclusion, by A.-M. Nogués-Pedregal

Close Bookmark and Share This Page
Save to Browser Favorites / Bookmarks
Email This to a Friend
Link HTML:
Permalink:
If you like this then please subscribe to the RSS Feed.
Powered by Bookmarkify™

Any cookies that may not be particularly necessary for the website to function and is used specifically to collect user personal data via analytics, ads, other embedded contents are termed as non-necessary cookies. It is mandatory to procure user consent prior to running these cookies on your website.